Previous Next
Campaigns Past Campaign

Criminal drug-related activity claims hundreds of lives and costs Australians millions of dollars in healthcare and law enforcement every year.

The campaign, part of the federally-funded national Crime Stoppers ‘Dob in a Dealer’ campaign, runs from October 2018 to March 2019. It targets high-level drug dealers, grow houses, clandestine laboratories and drug-related activity in the ACT.

We know illicit drugs cause serious harm. You can help us prevent it.

Call Crime Stoppers on 1800 333 000 or complete a report online if you see or hear suspicious behaviour that you think could be drug-related.

It’s your community, so it’s your call.

What to look out for

Identifying a drug-dealer can be difficult. Some behaviours or indicators include: 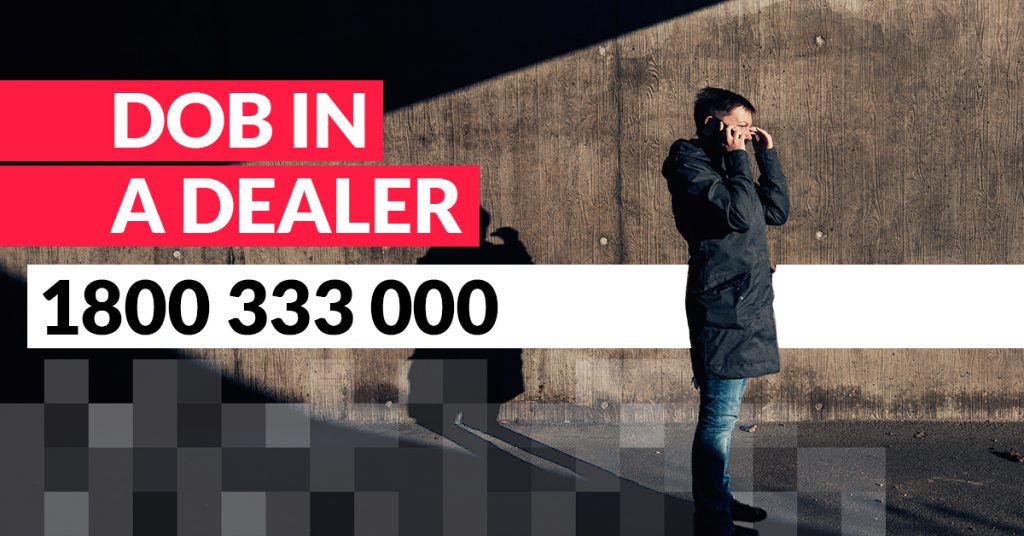 More about Dob in a Dealer

During the last Dob in a Dealer campaign in 2016, Crime Stoppers received an average increase of 95% in drug related information reports from members of the public.

The campaign runs from October 2018 to March 2019 and targets high-level drug dealers, grow house/clandestine laboratories and drug-related activity across Australia.

Every Crime Stoppers jurisdiction in Australia has participated in the campaign, delivering activities to local communities and engaging with local media.

Activities in the ACT and Surrounds

ACT and Region Crime Stoppers also supported this campaign in the surrounding region to highlight the importance of the reporting information about drug dealing to Crime Stoppers. This included public displays in Gungahlin and Tuggeranong and media activations in Yass and in Queanbeyan. 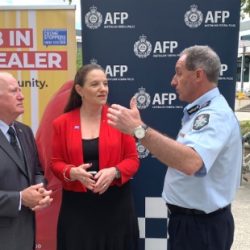 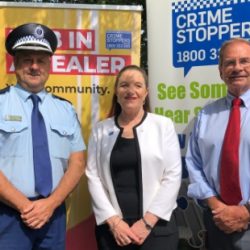