Crime Stoppers appeals to Queanbeyan residents to ‘Dob in a Dealer’ 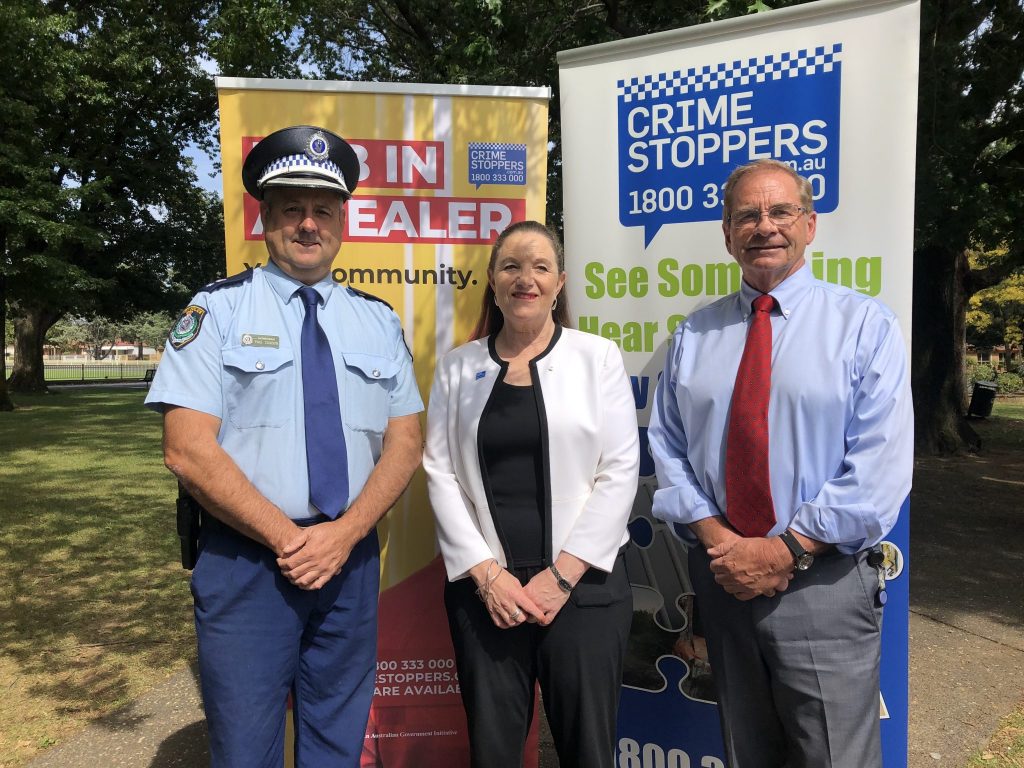 Ms Forrester says there can be various signs of drug dealing and manufacturing to look out for. “Things like routine short and frequent visits to a property at unusual hours, covered or reinforced windows and unusual smells coming from a property. We encourage people to report anything suspicious they have seen, heard or know,” she said.

“Anyone wanting to help protect their community without reporting directly to police should contact Crime Stoppers,” said Monaro Local Area Commander Superintendent Paul Condon. “Policing is about the police and the community working together to reduce crime. We need the community’s assistance in this, and reporting to Crime Stoppers is an opportunity for the community to assist us,” he continued.

Queanbeyan–Palerang Regional Council Mayor, Tim Overall, has welcomed the initiative to the region. “Playing our part and being vigilant can help protect our community against illicit drugs,” Mayor Overall said. “Anything suspicious or odd should be reported to Crime Stoppers for law enforcement to investigate and hopefully action.”

This year’s ‘Dob in a Dealer’ campaign will continue to be a focus until the end of March 2019, but Crime Stoppers will always accept information on drug related issues.

There was a 120% increase in drug related reports over the two weeks following the launch last October in Canberra, compared to the previous two-week period.

Crime Stoppers is the trusted link between police and the community. Anyone who sees, hears or knows about drug related activity or crime is urged to contact Crime Stoppers on 1800 333 000 or make a report online at www.act.crimestoppers.com.au. You could be rewarded up to $1,000 if the information you provide leads to an arrest.

Yass locals urged to ‘Dob in a Dealer’