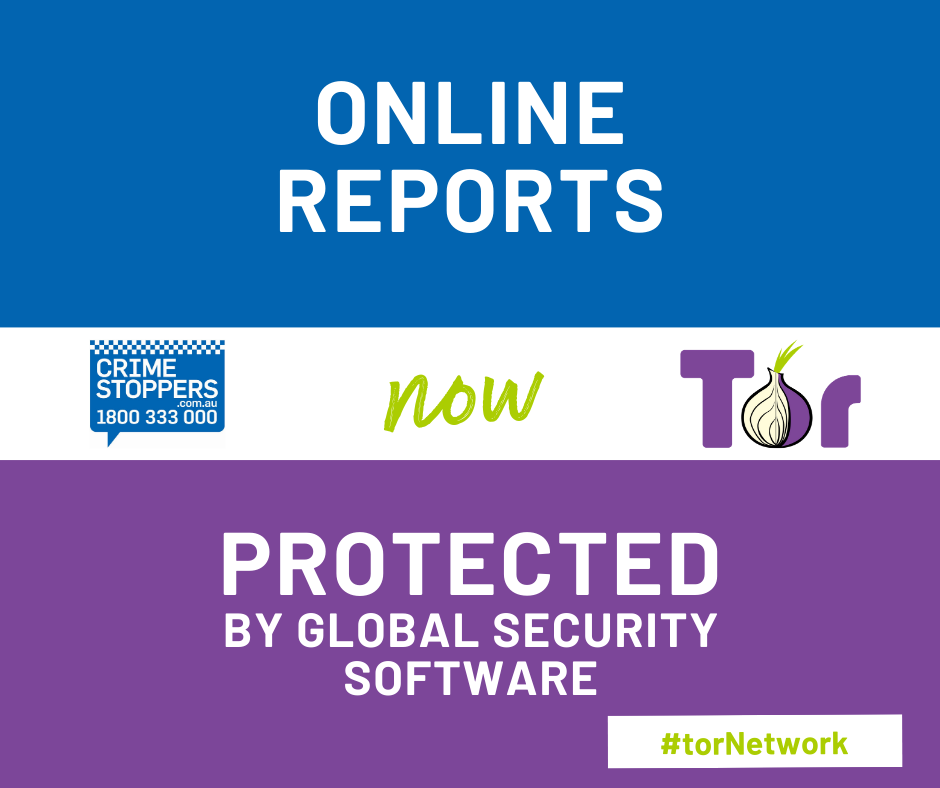 Reporting information to Crime Stoppers ACT via a computer or mobile phone has become even safer due to the introduction of new online protection software first developed by the US Navy.

Called Tor, the software ensures all online reports to Crime Stoppers ACT pass through a gateway to a minimum of three different servers or nodes, each one providing a separate layer of encryption before the report reaches the ACT.

With the introduction of Tor, information typed into the Crime Stoppers ACT online form cannot be intercepted, modified or read, and the source of the document cannot be backtracked.

Chair of Crime Stoppers ACT, Diana Forrester, said the software provides even greater protection to the person providing the information.

“Our information collection systems have always been anonymous, and people can feel confident when they provide information to Crime Stoppers that their identity need never be known if they don’t want it to,” she said.

“However, the digital world is constantly changing, and we want to stay at the forefront of that change so people have confidence in not just our processes, but their own technology.”

Tor is a sophisticated Virtual Private Network (VPN) but unlike common VPNs where the provider can identify an IP Address, Tor will route signals through a series of virtual tunnels before it reaches Crime Stoppers, ensuring no digital trail remains.

Currently 65% percent of contact with Crime Stoppers is made online, but many people are still concerned for their own safety and fear repercussions if they provide information.

An independent survey commissioned by Crime Stoppers Australia and released last month said that one in five Australians ignore unsolved crime and suspicious activity rather than speak out.

The research also showed that 79 percent of those who chose not to speak up, did so because of personal concerns such as not wanting to get involved, fearing for their own safety and fearing repercussions.

In Australia someone contacts Crime Stoppers every two minutes to share information which is then passed on to police and leads to an average of 100 apprehensions every week across the country for a range of crimes.

“That’s why we have introduced Tor, so people can feel even safer about passing on what they have heard or seen about suspicious and illegal activity.”

Today ACT Policing launched their joint campaign with CanberraMilk. For the next four weeks, missing persons profiles from around Australia...