It’s what you know campaign extended to Canberra shopping centres 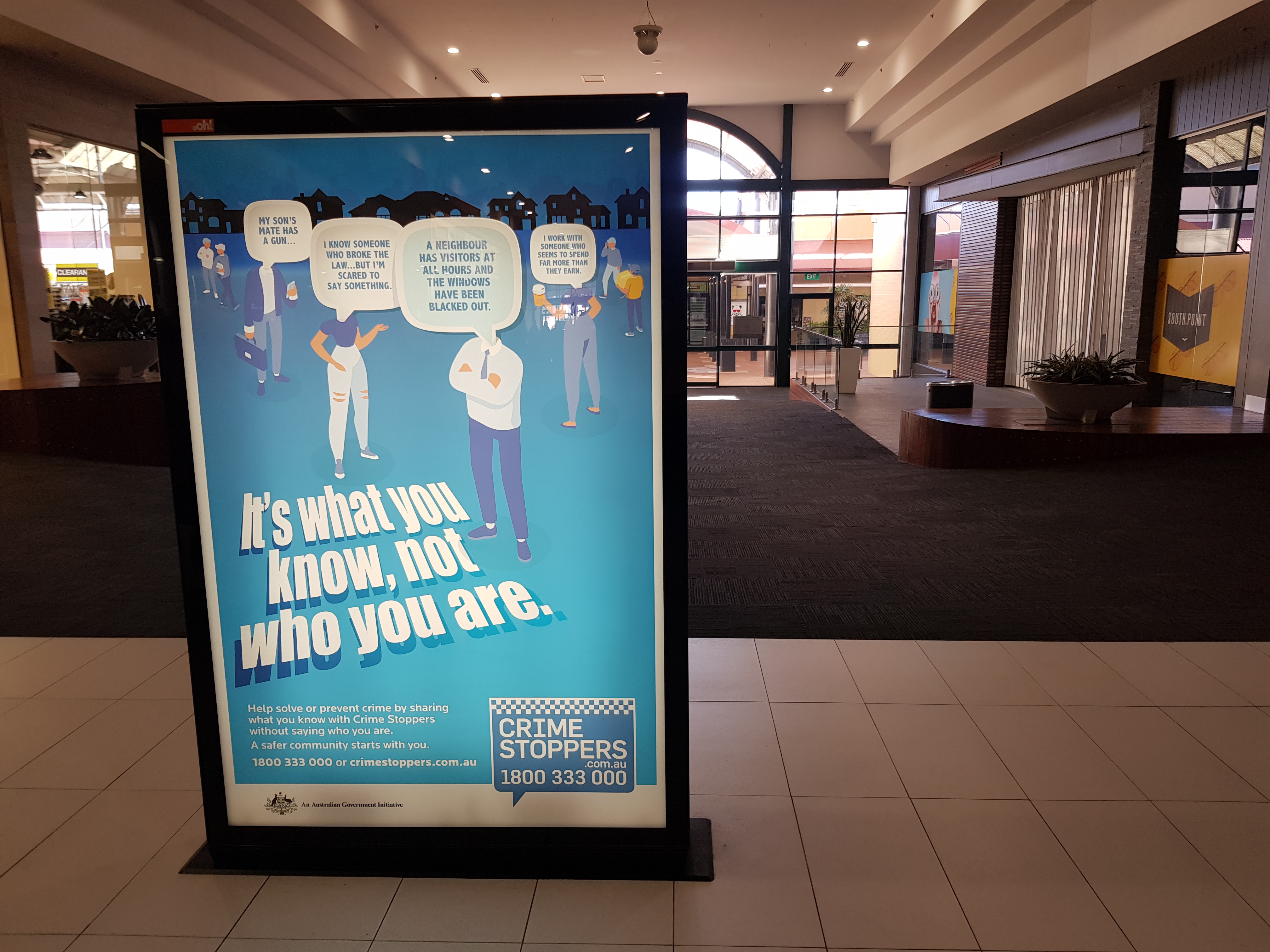 Billboard advertisements for the “It’s what you know, not who you are” campaign have been placed in two Canberra shopping centres.

The national campaign launched in November to encourage all Australians, including those from culturally and linguistically diverse communities, to come forward with information about unsolved crimes and suspicious activity.

To help promote the initiative, Out of Home advertising company, oOh!media, placed advertisements in prominent retail sites across the country in late December.

Chief Commercial and Operations Officer at oOh!media, Noel Cook, said his company was using its extensive advertising network as a public noticeboard to support this campaign.

“We are proud to be supporting Crime Stoppers through our oOh! Community program and have a long history of working with several very worthy causes. This one really struck a chord because most Australians are aware of criminality, or even been a victim of crime,” Mr Cook said.

“We need to encourage people to contact Crime Stoppers without them having to worry about saying who they are.”

In the ACT, advertisements have been placed in Canberra Centre and South.Point Tuggeranong. They will be on display until 22 February 2021.

As part of the campaign, materials were developed in Arabic, Cantonese, Greek, Hindi, Italian, Mandarin, Punjabi and Vietnamese. They are available for community use on the campaign page.

Regardless of your background, everyone can play a part in making a safer Australia by calling ACT Region Crime Stoppers on 1800 333 000 or making an online report. You can share what you know without having to say who you are.

Whether you’re relaxing with your family in your home entertainment area or cooling off with a swim in a pool...

Did you know that the inside of a parked car can become 40°C hotter than the temperature outside on a...