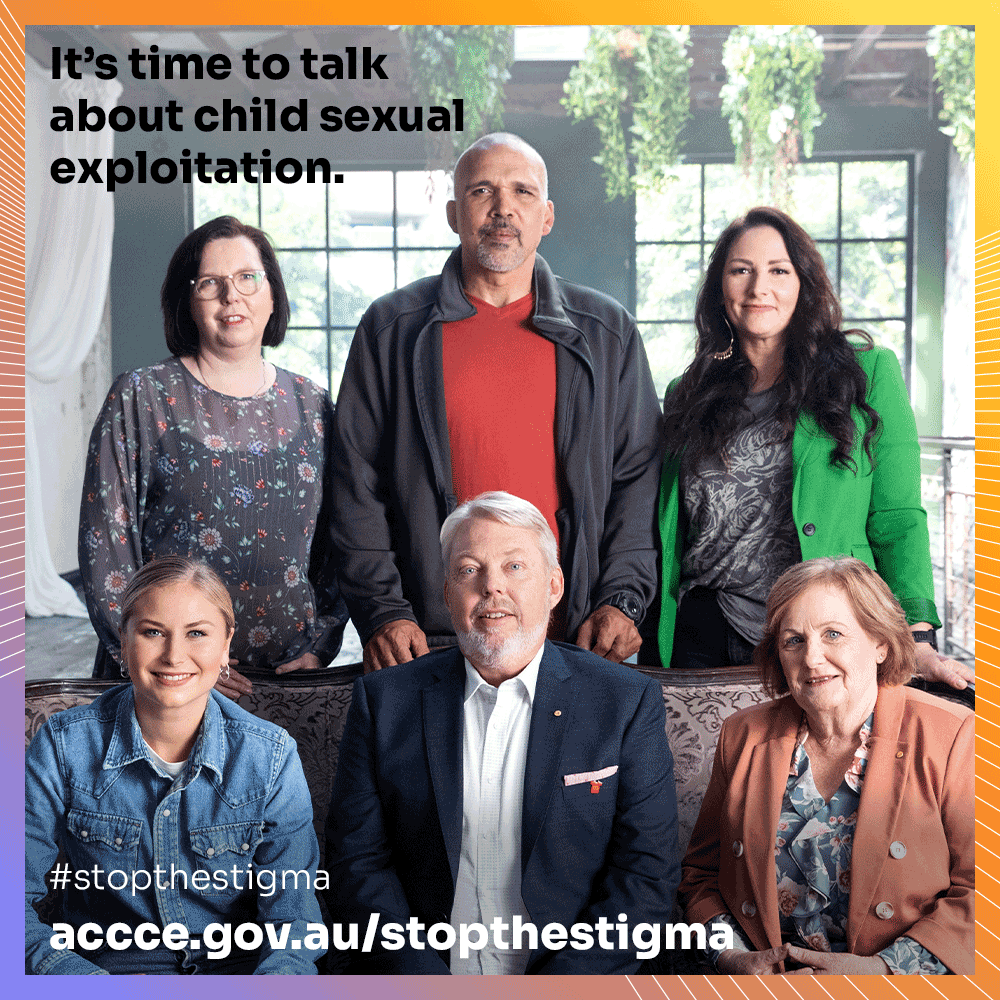 The ACCCE Prevention and Engagement Team has launched a national campaign, in conjunction with key prevention stakeholders, aimed at stopping the stigma surrounding child sexual exploitation.

ACCCE research released in 2020 has shown that child sexual abuse and online exploitation is a stigmatised topic and not well understood or openly talked about:

This campaign is a first for the AFP-led ACCCE and came to light after members from the ACCCE Prevention Stakeholder Group, raised the issue of stigma and its effect on disclosure and prevention efforts.

It centres on a short video featuring key advocates in the prevention space including Grace Tame, Jason Murphy, Sonya Ryan and Bruce and Denise Morcombe. The Stop the Stigma webpage also provides the community with survivor stories, information on how to report, educational messages and links to NGOs/support services for victims and survivors.

The campaign aims to build community awareness and education on child sexual abuse, providing an avenue for victims and survivors to get support and information on how to report abuse while reaffirming that they will be believed and heard.

Stop the Stigma is the first national project to reduce stigma involving collaboration between Australian law enforcement, NGOs and Industry.

For information on how to access support or report abuse, visit www.accce.gov.au/StopTheStigma

This year’s National Child Protection Week reminds us that “Every child, in every community, needs a fair go”. We can...

Do you recognise these objects?

**Trigger Warning: contains content that may be distressing to some people.** Do you recognise these objects? Australian Centre to Counter...