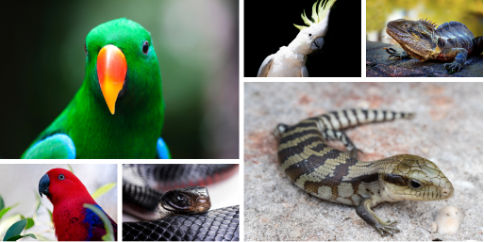 Wildlife crime is one of the largest direct threats to many of Australia’s most threatened species, and second only to direct habitat destruction. In fact, the illegal wildlife trade is big business for organised criminal syndicates, generating revenues of up to AUD $23 billion a year globally, and is the fourth largest illegal trade in the world.

Our own research shows that nearly every second Australian is worried about wildlife crime and believe it happens often. Wildlife crime is now a mainstay of major transnational organised crime activity alongside trafficking in drugs, weapons and human beings.

Australia’s exotic reptiles, amphibians and birds are highly prized and command big prices on the black market, here and overseas, with the pet trade hungry for our lizards, snakes and bird species such as parrots and cockatoos. We have almost 900 native reptile species, of which more than 90% exist nowhere else (such as blue-tongue lizards, water dragons, and red-bellied black snakes), so they continue to be our most trafficked Australian native live animal.

Their bright colours and exotic nature see our snakes and reptiles selling for AUD$1000–$20,000 when illegally trafficked overseas.

While international border closures because of the pandemic have temporarily impacted global mail delivery services and most likely reduced the volume of reptiles exported from Australia, wildlife traffickers seem to have remain undeterred and have been using this downtime to breed and stockpile animals in anticipation of global restrictions easing.

Illegal wildlife trafficking is incredibly stressful on the animals. They face extremes of temperature, asphyxiation, dehydration, starvation and trauma. And while many animals don’t survive the trip, the high prices commanded by those animals that do survive means traffickers are able to easily cover the losses.

To help combat the illegal wildlife trade, information about the following can be shared with Crime Stoppers:

Every Australian can play a role in stopping the cruel business of illegal wildlife trafficking by sharing what they know with Crime Stoppers by submitting a tip online here.

Crime Stoppers is an anonymous point of contact for anyone seeking to report a crime or share what they know....

ACT Region Crime Stoppers (CSACT) is putting its support behind a national effort to reduce the number of illegal firearms...