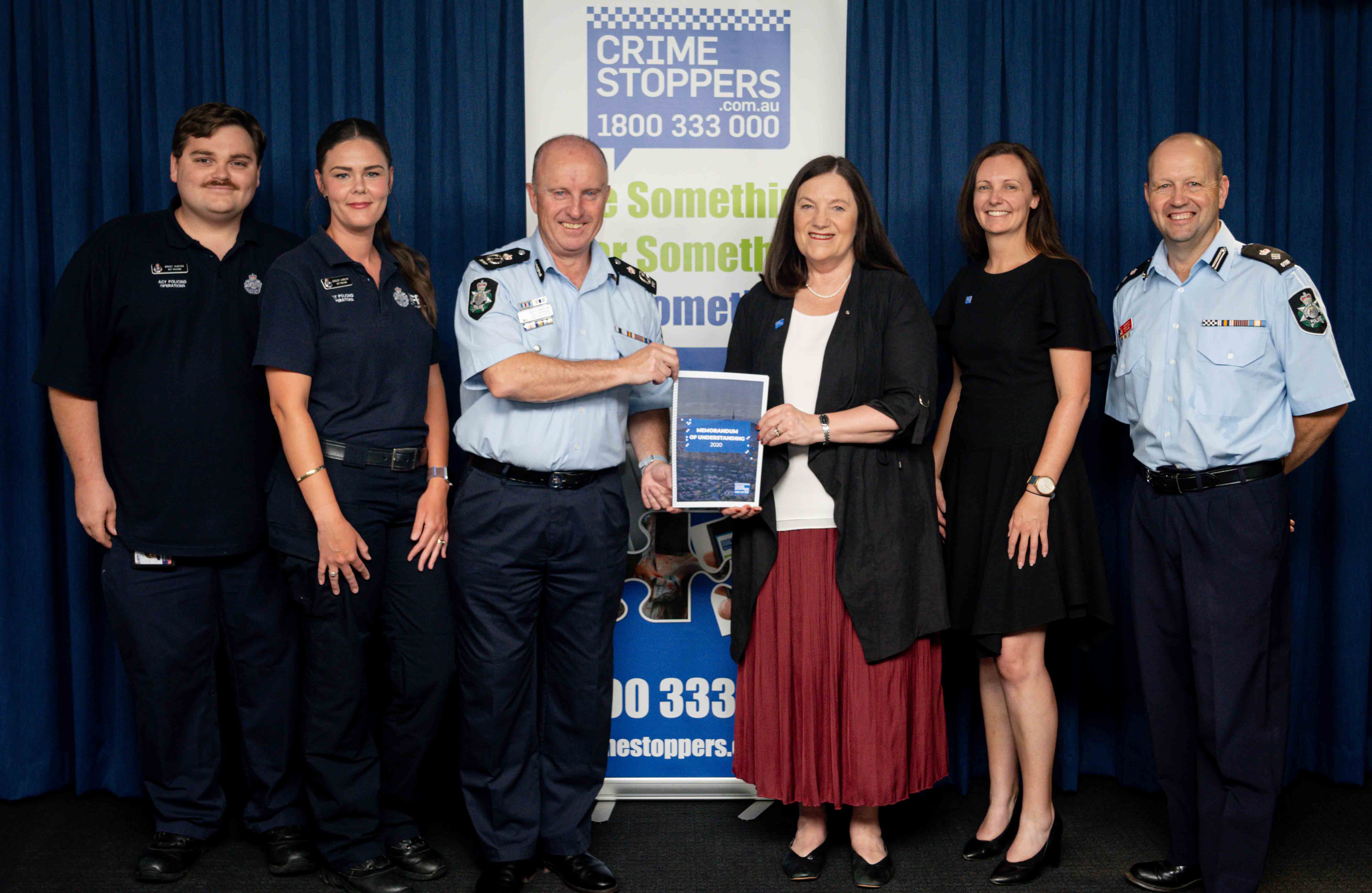 Crime Stoppers ACT has strengthened its 22 year relationship with ACT Policing by signing a new MOU that will govern and more closely guide the protocols of how the two organisations work together.

The MOU will help guide actions such as joint community awareness and engagement strategies and help entrench the respective roles and responsibilities of each party. The overall objective of the MOU is to support the partnership between the two organisations which are both committed to preventing crime and enhancing community safety.

Diana Forrester, Chair of Crime Stoppers Australia and Crime Stoppers in the ACT said the organisation was delighted to formally renew the partnership with ACT Policing.

“We already work closely together to help deliver a safer ACT, this MOU simply makes that partnership stronger,” she said.

“Throughout 2019 someone contacted Crime Stoppers every two minutes to share information about an array of unsolved crimes and suspicious activity, leading to an average of 100 apprehensions by police every week across the nation.

“Achieving this outcome takes enormous teamwork. And the better aligned the team is, the better the outcome,” Diana said.

“Not everyone feels comfortable calling police to discuss what they know and that’s where Crime Stoppers plays a valuable role. Crime Stoppers is an independent program that acts as a trusted link between the community and police for anyone with information about unsolved crime and suspicious activity.”

“Information can make a substantial difference in an investigation, helping officers to link information that may lead to case closure more quickly.

“Crime Stoppers strengthens communities by empowering them to help reduce crime locally. The community anonymously reporting crime also has indirect benefits to curbing broader issues of significance to the community by making the ACT safer.”

In 2019, Crime Stoppers programs across Australia received 313,655 contacts about unsolved crime and suspicious activity which led to 155,240 information reports provided to police for follow-up action. A total of 5,215 apprehensions were made and 18,686 charges laid for offences that included drug dealing, robbery, arson and murder.

Did you know that the inside of a parked car can become 40°C hotter than the temperature outside on a...

Plan ahead for summer

With some COVID-19 restrictions still in place, it’s important to plan ahead for summer. -Consider holidaying closer to home and...