To mark the 20-year milestone of having a Crime Stoppers program in every Australian State and Territory, an independent study has been released on the impact of Crime Stoppers across Australia. 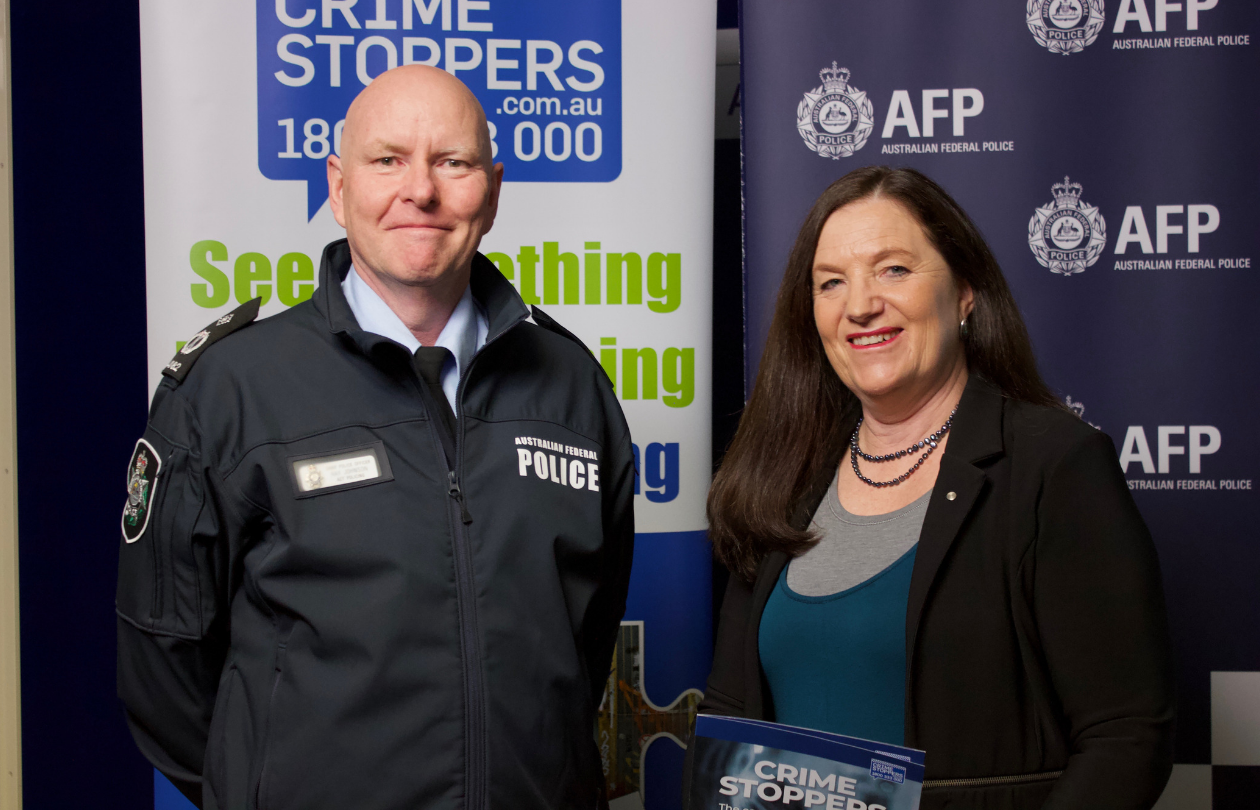 The Impact Report shows 82% of all Australians feel safer knowing the program is in place across the country. The research also finds that 81% of Australians believe the option to remain anonymous when contacting the trusted information reporting channel, is a major drawcard.

“These results underline the significant value Crime Stoppers offers in collecting information which helps solve some of the nation’s most horrific and baffling crimes. It reinforces that people who report to Crime Stoppers can make a significant difference.”

“Someone might be reluctant to speak up because they fear retaliation, are wary of police, or want to avoid becoming involved in legal proceedings. Crime Stoppers offers a safe solution because people can stay anonymous and share what they know,” she said.

Ms Forrester said the independently-commissioned Impact Report estimates the economic value of Crime Stoppers to Australia as $170m, with an additional $66m in added value from drugs being seized, property returned, and crimes being prevented.

“Every dollar invested in Crime Stoppers delivers an outstanding $11.15 in return value. That’s a great result and reinforces that Crime Stoppers operates in a way that encourages, enables and supports community participation,” she said.

In 2018, Crime Stoppers programs across the nation received 319,861 contacts via the hotline, website and other means, resulting in 145,442 information reports being raised and passed to police investigators. The information those reports contained directly led to 5,406 apprehensions and more than 15,580 charges being laid. The ACT had the highest rate of reports per capita in Australia, with 12,236 contacts resulting in 50 arrests and 134 charges in the Territory last year.

ACT Policing provided funding assistance for a new website for ACT Region Crime Stoppers. The new site, crimestoppersact.com.au, is easier and faster to use and will enable better quality reports from the public.

“We are incredibly grateful to ACT Policing for supporting this project, which took nearly 12 months to complete,” said Diana Forrester.

“Our program is only successful because the police, media, our corporate and government program partners and our volunteers work so effectively together and – more importantly –because the Australian community recognises and trusts our brand. I would like to thank everyone who contacts Crime Stoppers to report what they have seen, heard or know about suspicious and criminal activity. Your efforts help keep our community safe.” Diana concluded.

This appeal comes after The Australian Criminal Intelligence Commission released the seventh report of the National Wastewater Drug Monitoring Program,...