A $100,000 reward in relation to the unsolved murder of 45-year-old Elaine King remains in place. 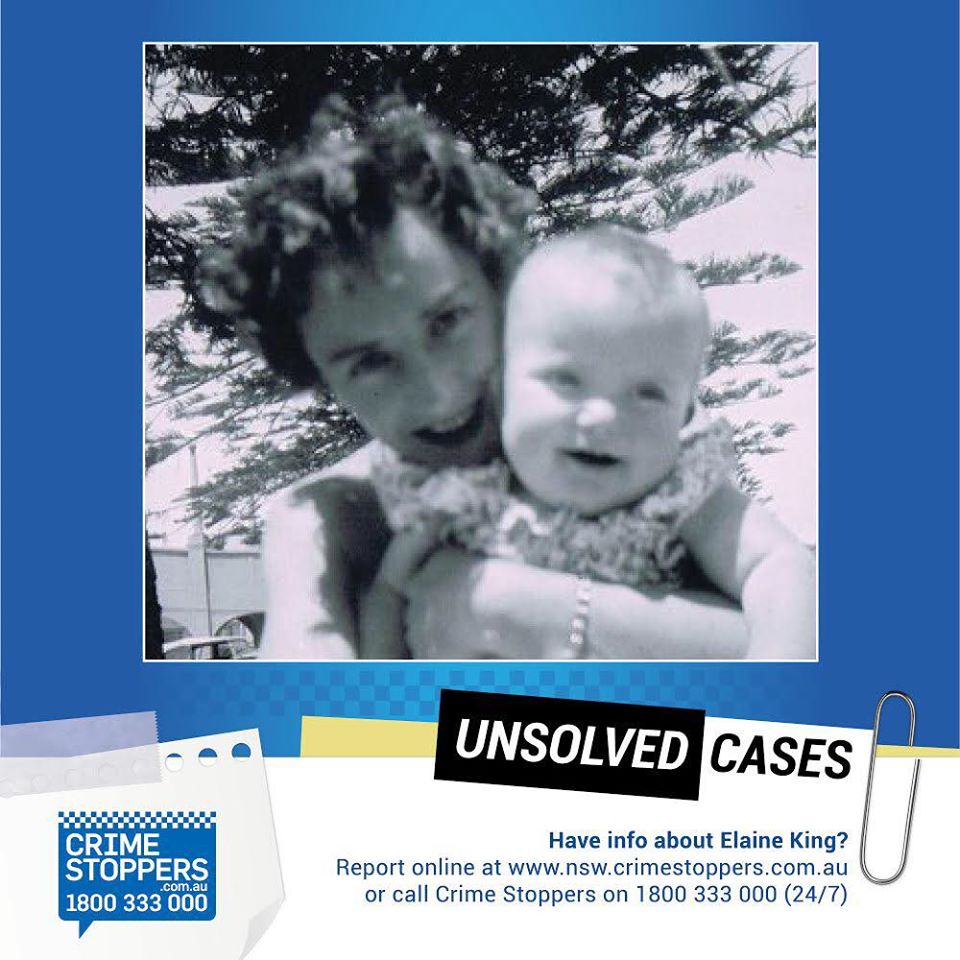 Ms King’s body was located by a housemaid in a room at the Burlington Hotel about 8.15am on Friday 12 July 1974. An autopsy revealed she had been strangled sometime between 10.30pm and midnight the previous night.

Ms King was known to have worked as a prostitute in the Sydney CBD and was often seen at various hotels in the area.

About 7.30pm on Thursday 11 July 1974, Ms King was seen drinking at the Capital Hotel, in Campbell Street, Haymarket, with a young man described as wearing Ugg boots and drinking Reschs-brand beer.

She was later seen in the company of a man in the same hotel, before booking into the Burlington Hotel about 9.45pm with an unknown male.

To this day police still don’t know if there were three separate men or it was the same person seen with Ms King.

The reward of up to $100,000 is payable for information that leads to the conviction of the person or people responsible for Ms King’s death.

The National Wastewater Drug Monitoring Program is an Australian Government initiative. It is evident that a multi-dimensional approach that targets...